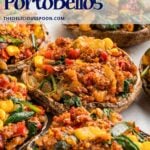 Stuffed with quinoa and loads of veggies, these Easy Stuffed Vegan Mushrooms make a filling main course. This healthy vegan dish is easy and quick to make and can be easily customized to your taste.

When you think of stuffed mushrooms, you likely think of a cheese-stuffed appetizer. Today we’re not going for cheesy or appetizer but instead a filling, healthy main course with these vegan stuffed portobello mushrooms.

There’s loads of veggies in the filling, from zucchini to corn, bell peppers, and lots of spinach, plus quinoa for protein. The veggie-packed warm filling goes amazingly well with the juicy portobello mushrooms.

These spinach stuffed vegan mushrooms are quick and easy to make. The prep and cook time are both about 10 minutes, making this perfect for busy weeknights. Plus, you can easily customize the veggies to whatever you have on hand or prefer.

How to Make Vegan Stuffed Mushrooms

Chop both the onion and red bell pepper into small pieces. Then sauté in a heated skillet with olive oil, until tender. Add in the garlic and continue cooking until fragrant.

Chop the zucchini into small cubes and sauté until soft. Then add in the corn kernels and fresh spinach. Sauté for an additional two minutes, until the spinach is just starting to wilt.

Remove the pan from heat. Add in the cooked quinoa, herbs, and salt. Stir to combine and set aside.

Remove the portobello stalks and place them face-down on a baking tray. Bake for 3-5 minutes, until slightly softened. As soon as they begin to release juice, take them out of the oven. If you are using medium to small portobello mushrooms, you can skip this step.

Turn them right side up and divide the filling between the eight portobellos. Return to the oven for another 5 minutes, until fork-tender.

You can also top them with some vegan cheese if you wish at this point.

How to Clean Mushrooms

To clean the mushrooms, wipe them down with a damp paper towel. Do not submerge them in water, as they will absorb it and it can make them mushy.

Then gently pop the stem out of the mushrooms. Save them for later to make soup with our use in rice dishes or chop them up and add them to the pan at the same time you add in the zucchini to cook.

Use a spoon to scrape out the gills from the inside cap of the portabello mushroom. This step is totally optional but I find sometimes that the gills, as they are called, can get mushy so I often take them out.

Can I Make These As An Appetizer?

As an appetizer, you may want to omit the quinoa and add in some bread crumbs or nutritional yeast, so guests aren’t filling up on the appetizer.

If you aren’t vegan you may like this Sausage and Blue Cheese Stuffed Mushroom Cap recipe or at least this will show you what the appetizer version would look like.

These vegetable stuffed vegan portobello mushrooms are best enjoyed immediately. However, if you do have leftovers, store them in an airtight container for up to 2 days. Reheat in the oven, keeping in mind that the mushrooms will continue to soften as they cook.

I don’t recommend freezing this recipe.

If You Like This Recipe You May Also Enjoy… 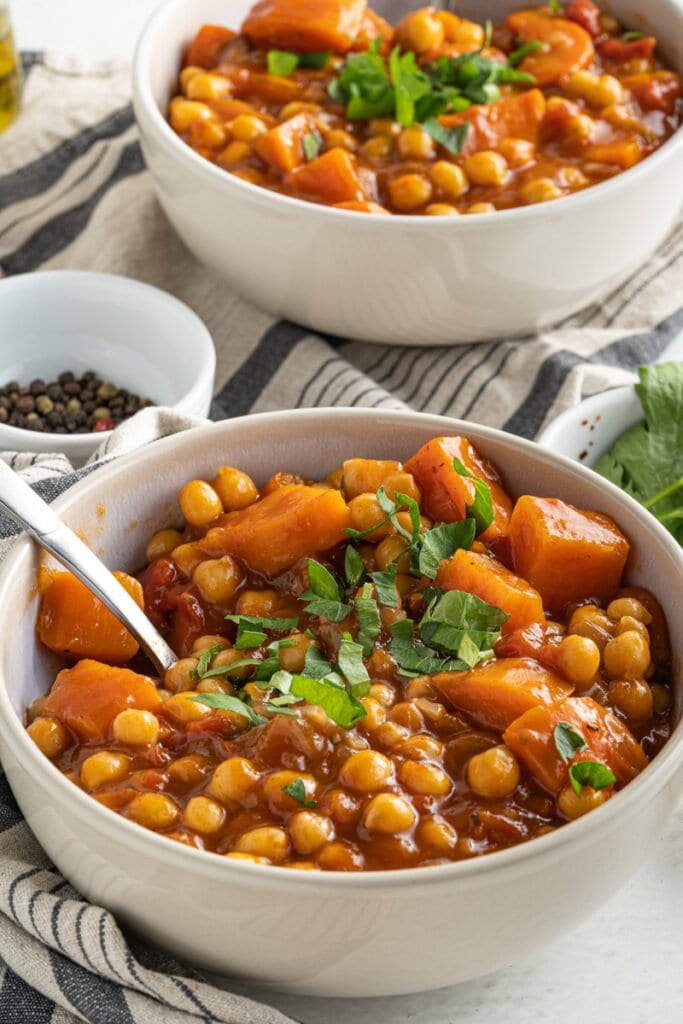 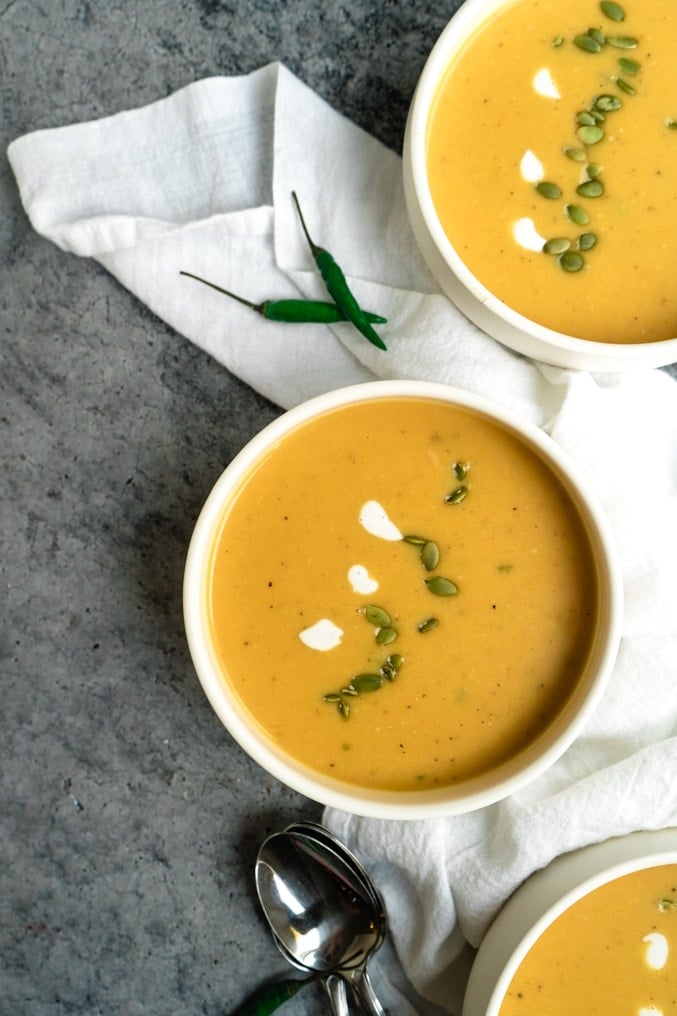 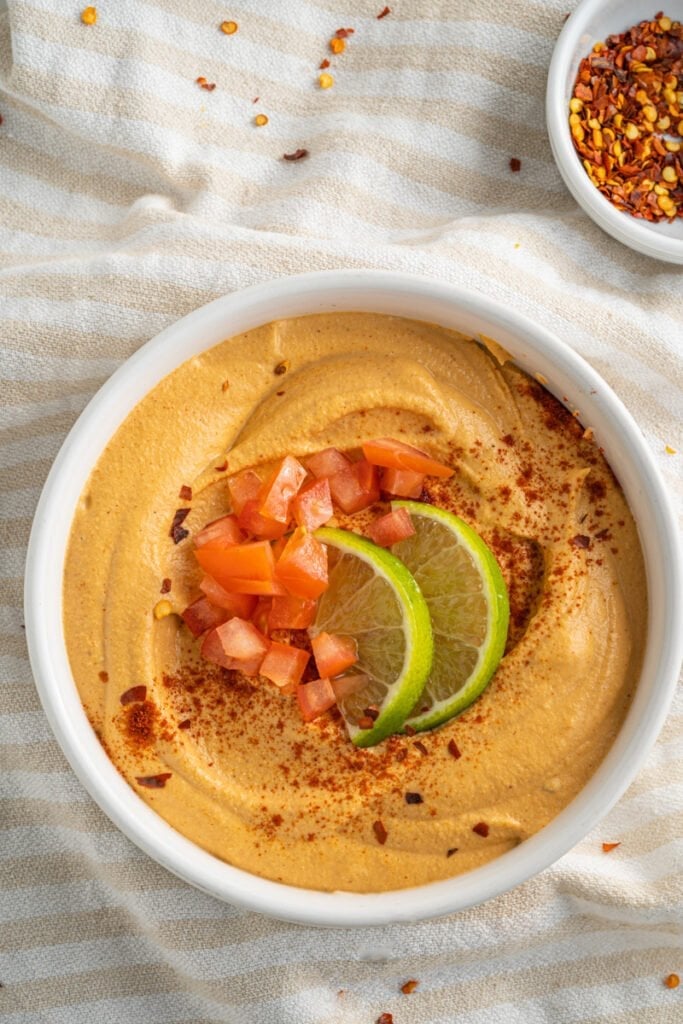 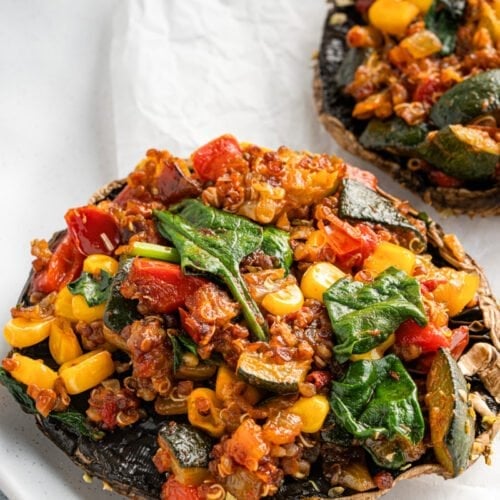 Use the portobello’s stalks as part of the filling if desired, you should add it together with the zucchini. If using medium to small portobellos, you won’t need to cook them down-side first or they will significantly reduce, that step is necessary with large mushrooms. Storage: Store in an airtight container for up to 2 days and reheat in the oven.

For the step-by-step version of this recipe, check out the How To Make Easy Stuffed Vegan Mushrooms Story.

For the step-by-step version of this recipe, check out the How to Make Easy Stuffed Vegan Mushrooms Story. 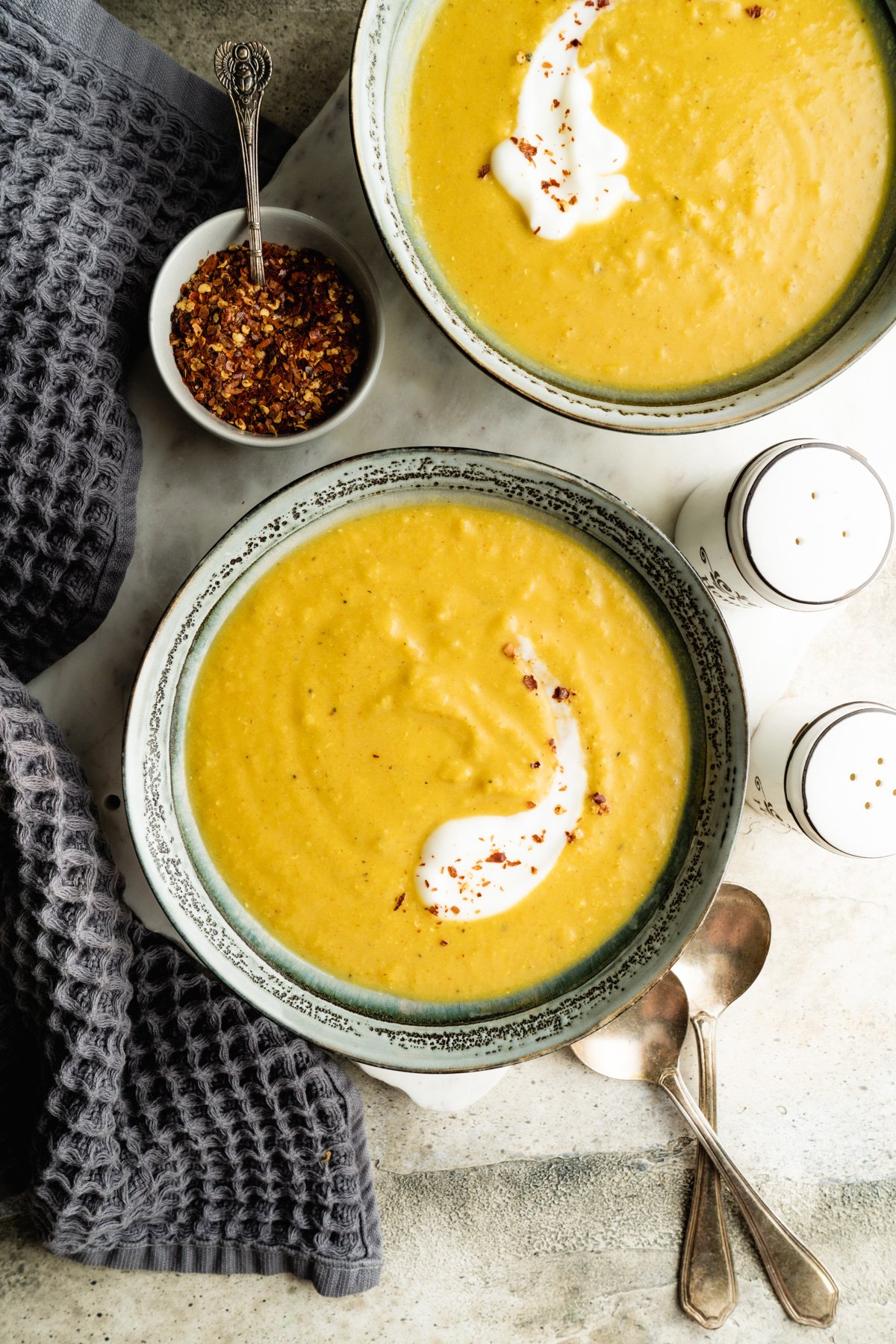 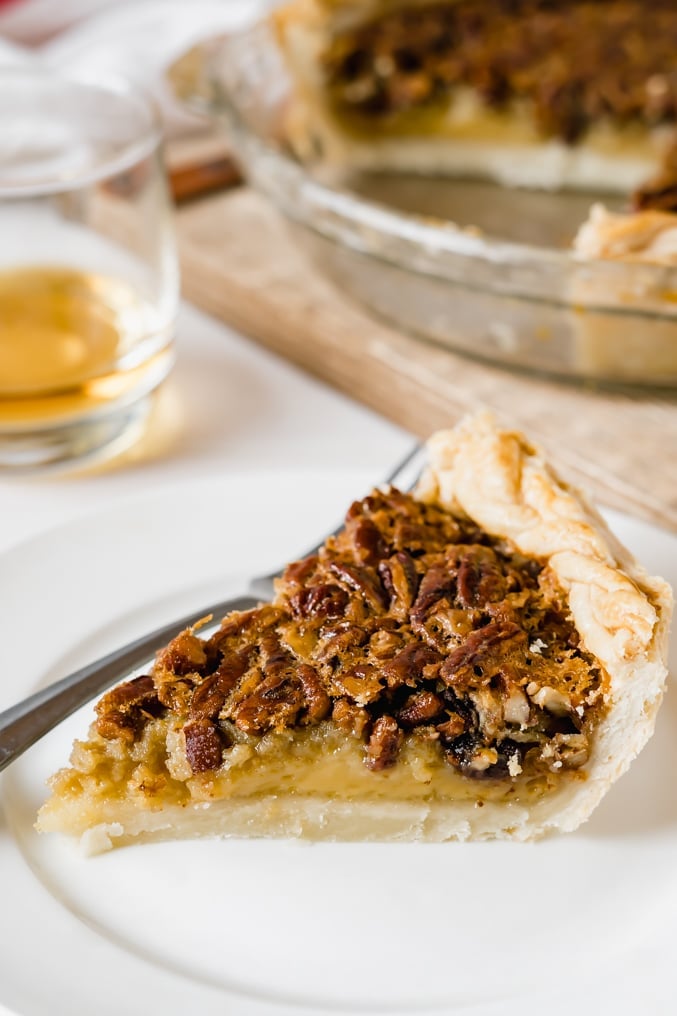 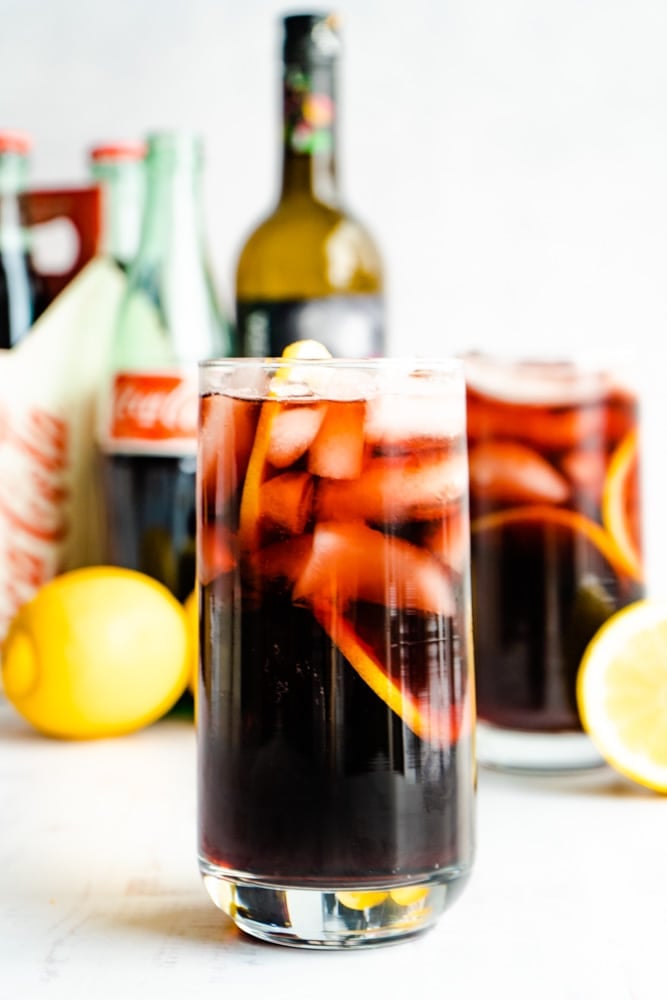 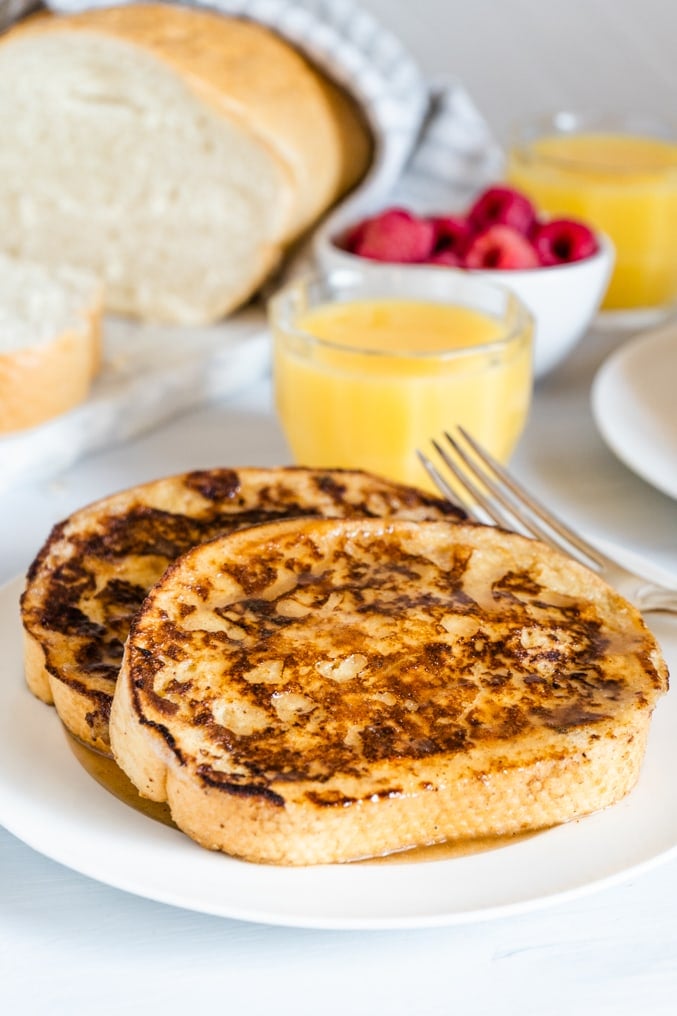 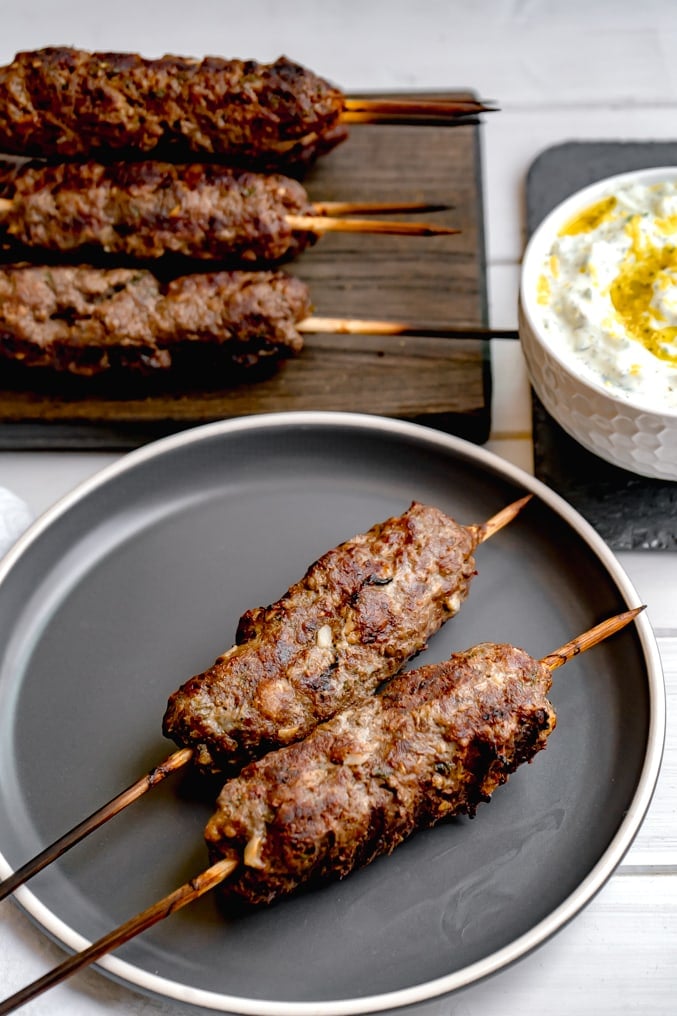