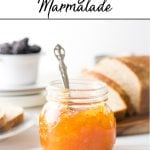 An absolutely scrumptious orange marmalade recipe made with sweet naval and tangy blood oranges. So simple to make you will never need to buy store-bought marmalade again!

Orange marmalade reminds of my Dad. He was true old-school meat and potato man but loved his sweets. So much so that we had a whole cupboard dedicated to his stash which included jube jubes, licorice candies, candied orange gummies and Dad’s oatmeal cookies.

Almost every day he would eat the same things on rotation and breakfast was no exception. Cereal if he was in a hurry or dip-eggs with one piece of buttered toast cut into fingers to dip and the other slice of toast would be loaded with… you guessed it… Orange Marmalade!

how to make orange marmalade 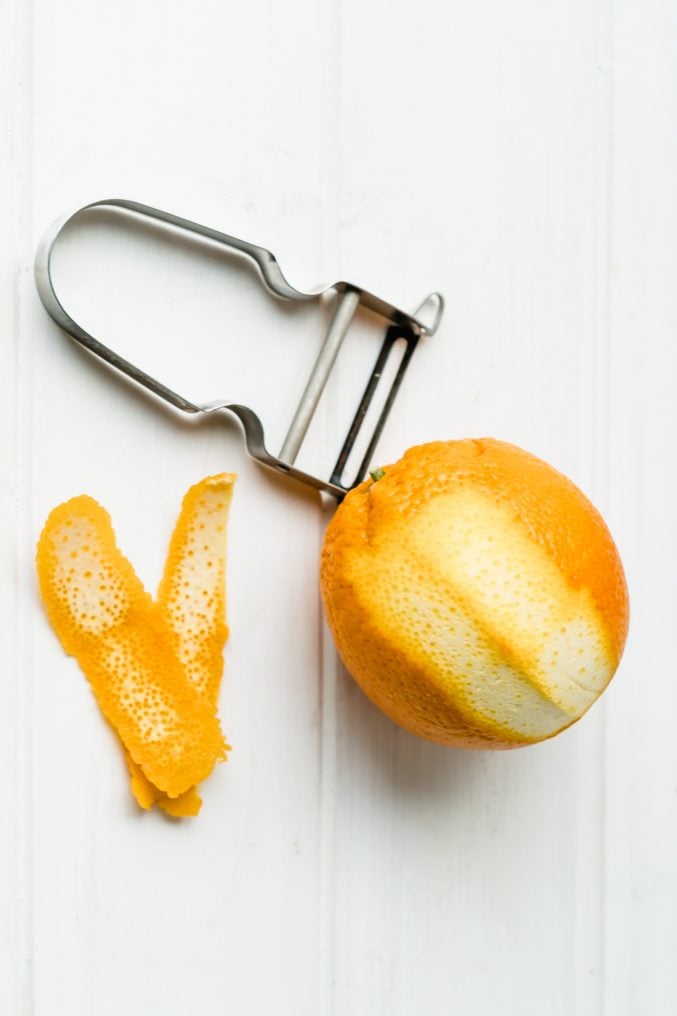 Wash the oranges and peel them using a potato peeler trying to omit as much of the white pith as possible. 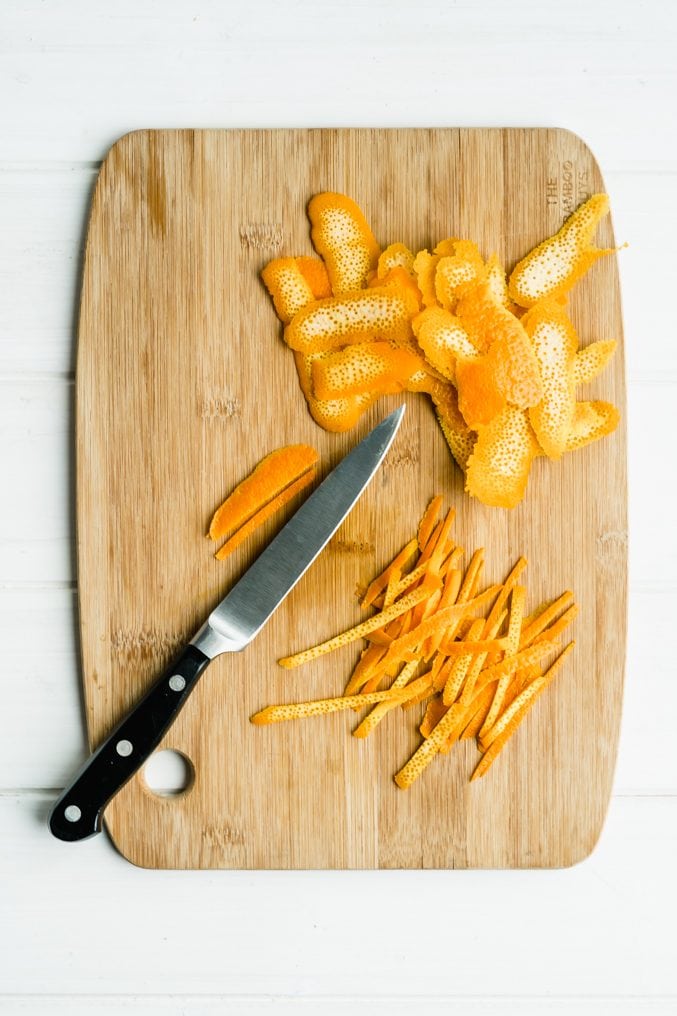 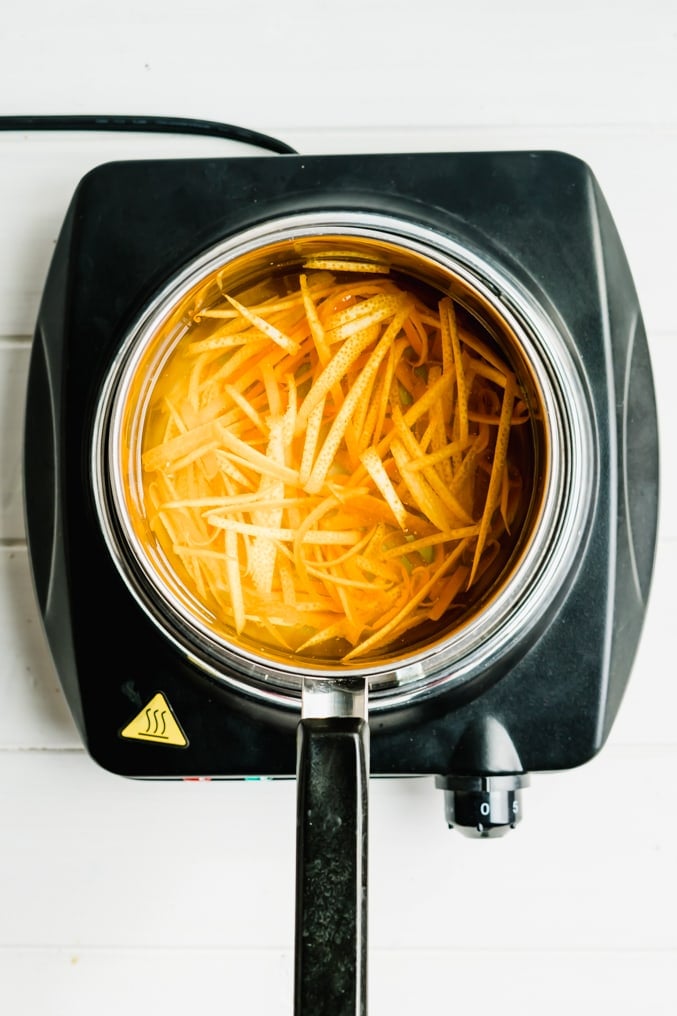 Add the matchsticked orange peel to a pot of water and bring to a boil. Drain and repeat 2 more times. 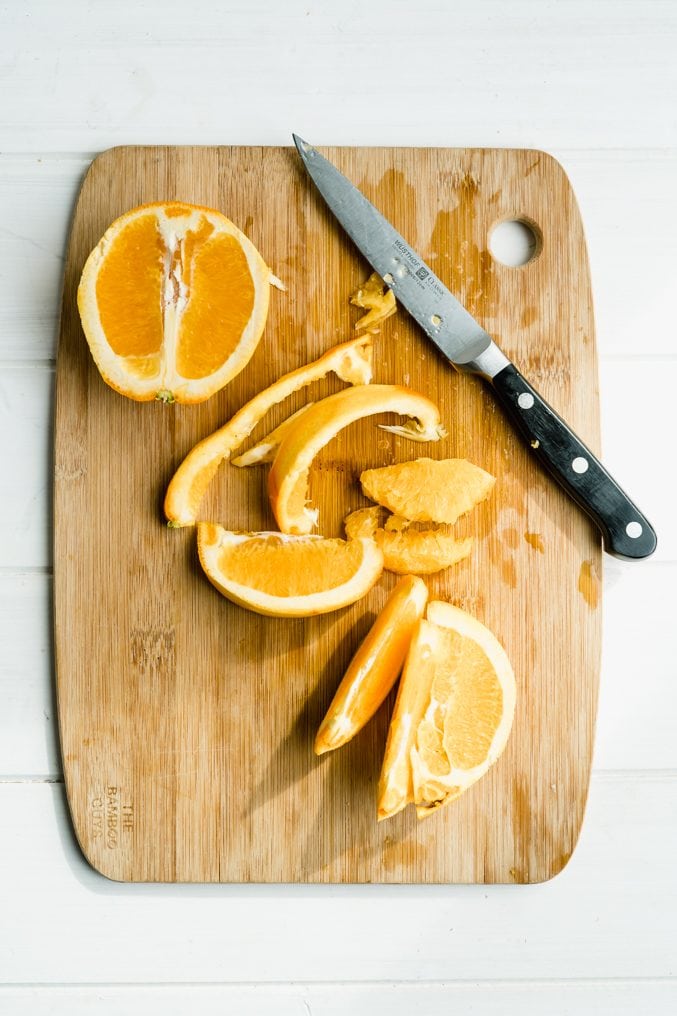 Meanwhile remove the flesh of the oranges from the white pith by slicing thinly with a paring knife. Discard any seeds. 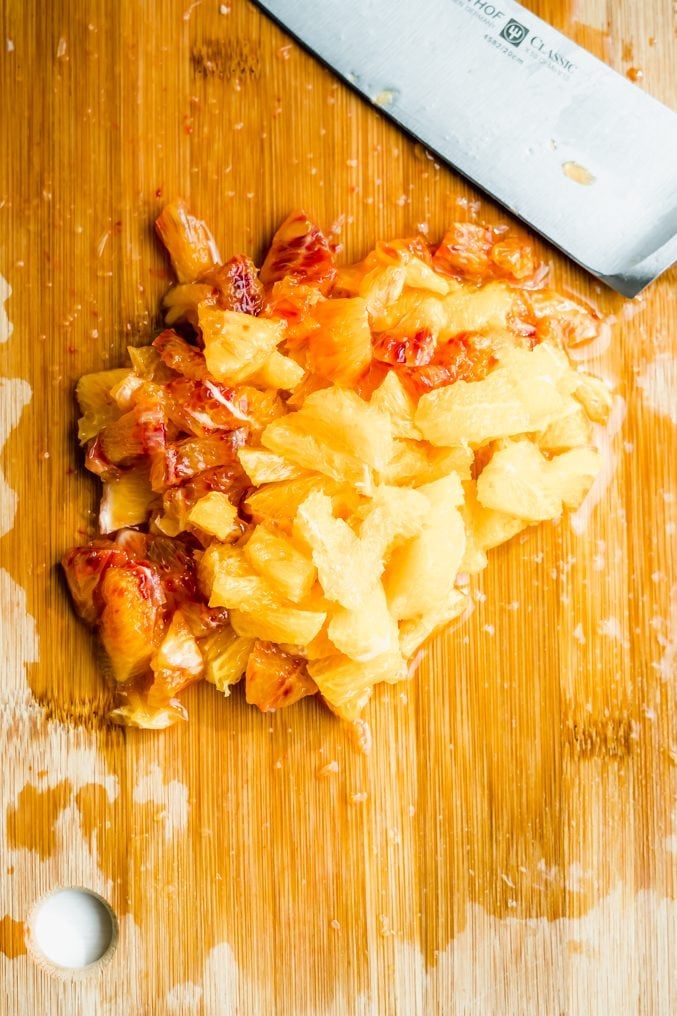 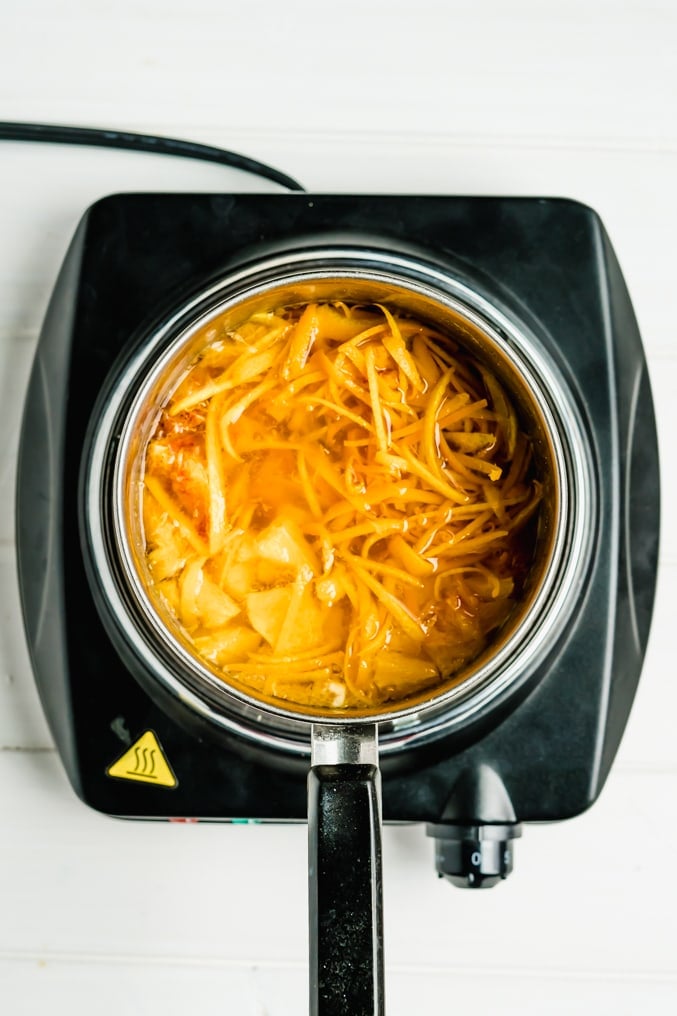 Add the already boiled 3X orange peel. orange flesh, sugar and 1 1/2 cups of water to a small pot. Cook on medium-high heat stirring until all the sugar is dissolved. Then bring up to a rolling bowl for abut 20 minutes in give it the wrinkle test. See notes below. Once it passes the wrinkle test remove from heat. Let cool 10 minutes and then pour into a glass jar with a lid.

The Wrinkle test: Knowing when marmalade is done

There are a few ways to know when your marmalade is done. I prefer the Wrinkle Test. Place a saucer or two in the freezer. After about 20 minutes of your marmalade cooking at a rolling boil take a small spoonful and drop on the cold saucer. Leave for a minute to cool down and then push your finger through it. If it wrinkles up a bit then it is ready. If not let it boil for another 5 minutes and try the test again. All oranges are different but I find that this recipe was set at about the 40-minute mark.

Do I need to add pectin?

Not for this recipe. Naval, Seville and blood oranges all have higher levels of pectin in them naturally so there is no need to add additional pectin.

What if I can’t find a blood orange?

You can use another naval orange, Seville orange or a small ruby red grapefruit instead.

Why do you need to boil the orange peel first?

Boiling the orange peel helps to remove the bitterness and helps to soften the rind.

How long does marmalade keep?

About one year if stored in a cool dry place unopened. Once opened it is best to store it in the fridge and consume it within 3 months but it can be stored and eaten for up to a year. Click here for more information.

My marmalade is too sticky and thick?

No problem, just put it back in the pot and add a 1/3 cup of water and bring back to a boil. Repeat the wrinkle test. Let cool in the pot for about 10 minutes before pouring back into the jar to cool and reset. 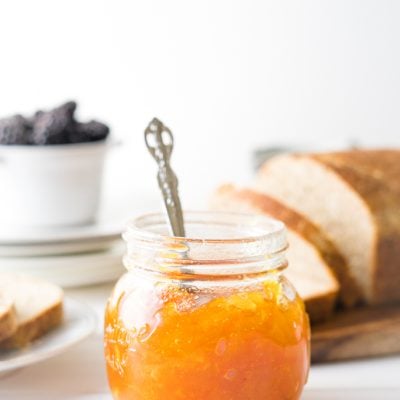 Store for up to a year in a sealed glass year in a cool dry place. Once opened best eaten within the first 3 months but will last up to a year.

If you enjoyed this recipe you may also like…